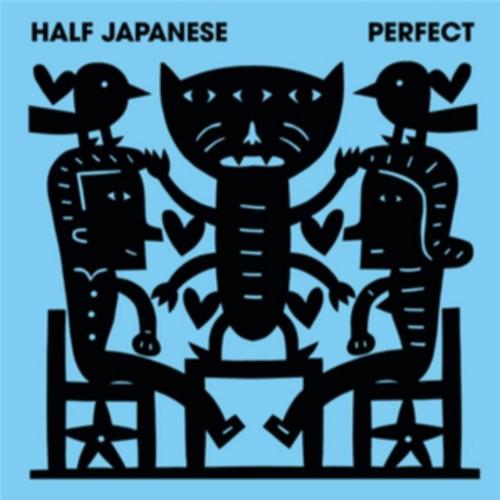 Half Japanese is one of the most influential bands in rock history. Founded by brothers Jad & David Fair in 1975, the band is credited with pioneering the DIY and lo-fi movements and influencing everyone from Sonic Youth and Neutral Milk Hotel to Daniel Johnston and Kurt Cobain.

Known for dismissing conventional music basics like melody, song structure and chords (and for Jad’s famous line “the only chord I know is the one that connects the guitar to the amp”), Half Japanese operated under the premise that rock music should be accessible to anyone who wanted to play. On January 22nd, Joyful Noise will release Half Japanese’s new full-length album, Perfect, a collection of songs that feature otherworldly sounds, chaotic rhythms, and weird time signatures, topped off with Jad’s brash vocals and oddball lyrics. Its tracks run the gamut from sweet love songs with overtly sincere lyrics to manic, almost abrasive tracks that seem to end before you can fully wrap your head around them. With Perfect, Half Japanese manages to combine elements of every genre imaginable into one strange, unpredictable, and undeniably-catchy package.

Only 1 left in stock